Hotels with a lot of art Guests who pass through the doors of Can Bordoy Grand House & Garden immediately gauge the value of the objects that decorate its walls. It is authentic art that, in many cases, is accompanied by personal stories of the person who acquired them, Mikael Hall, reflecting a relationship of infinite love between a building and its owner who, in love with its splendor, never ceases to give him gifts.

Since he bought it in 2014, and until in 2018 he turned it into a 5-star Grand Luxury hotel with a lot of art, he toured antique dealers and art galleries all over Europe, choosing pieces that fit his style and personality. A milestone achieved with care and a large dose of good taste.

Thanks to this, far from the stridency with which some hotels with art show their heritage, Can Bordoy Grand House has been able to integrate its works of art in a natural way, and making its visitors participate in them.

For example, diners who come to the Botànic restaurant sit, without knowing it, on authentic aristocratic relics, since they are 18th century chairs, which once served to give rest to members of the Scandinavian royalty in the Charlottenborg Palace in Copenhagen, and which miraculously survived the fire that devastated the noble abode.

A few minutes earlier they passed through the Jumanji Room, so called because of the floral interior design that covers the ceiling of the room, in a nod to the lush nature of its outdoor garden. There, an impressive anonymous 18th century portrait of Madame Maintenon welcomes them, reminding them that she was, supposedly, one of the most influential people in the reign of the Sun King. 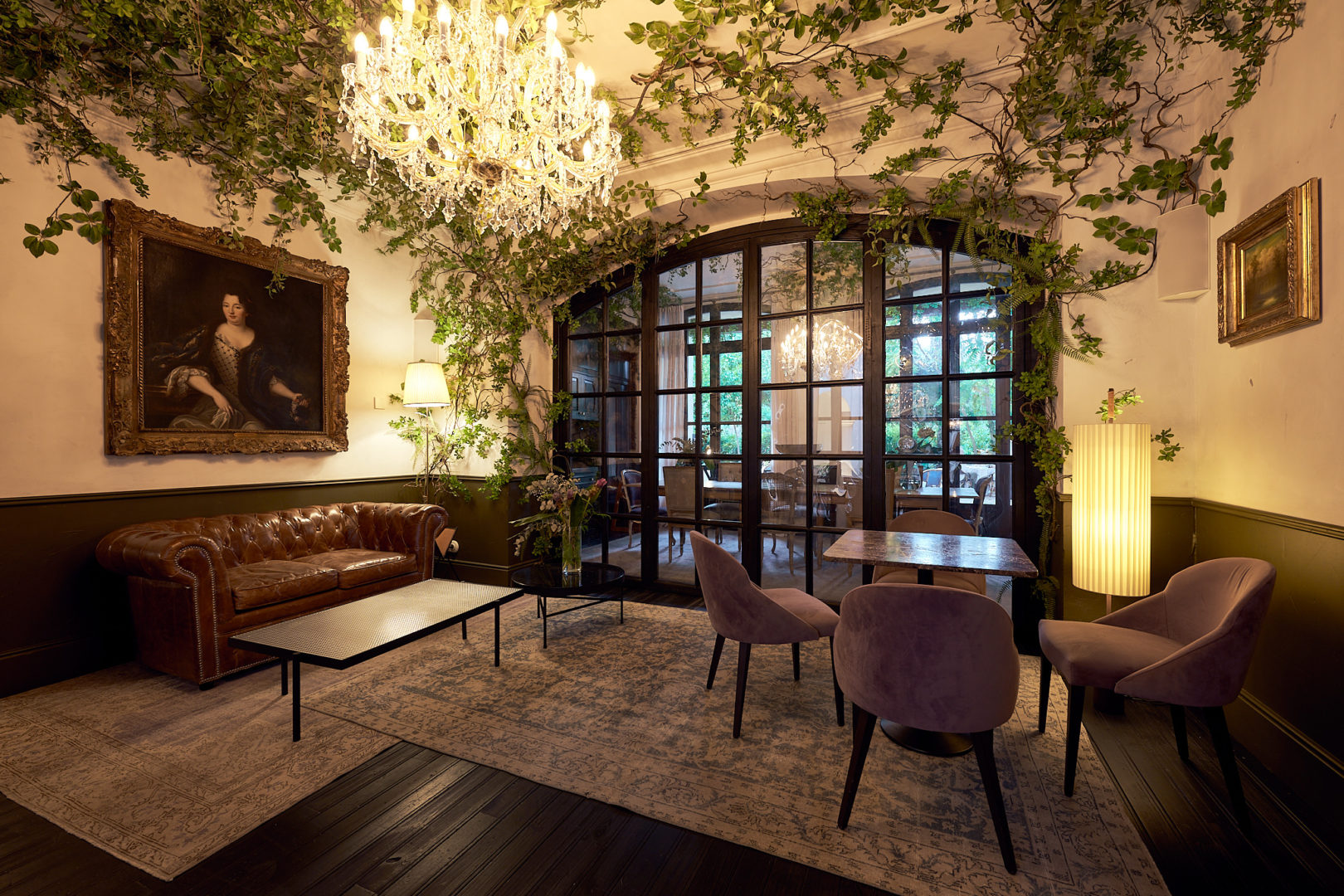 Retreating to their room, the guests of this grand house ascend the original staircase of this beautiful building of the Mallorcan bourgeoisie, with more than 500 years of history, becoming increasingly aware of the artistic wealth it treasures in all its corners. 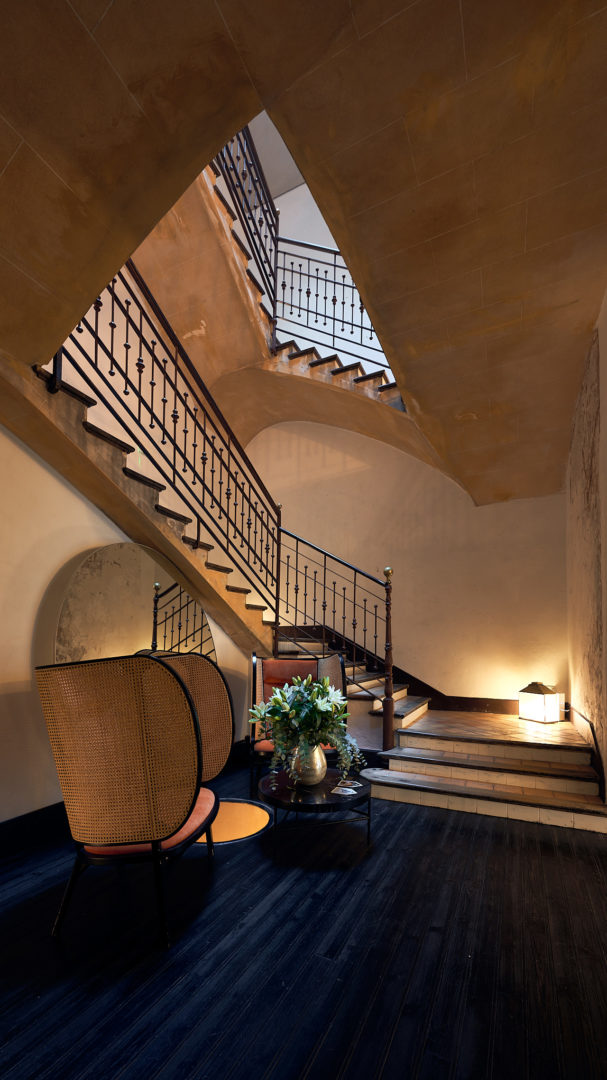 As they enter the hallway on the second floor, they notice a period bar, which watches over the passage of customers without revealing its identity, and not to mention that it once occupied a corner of the famous Savoy Hotel in London and served drinks to a member of the British royal family, whose identity is secretly kept in his memory. 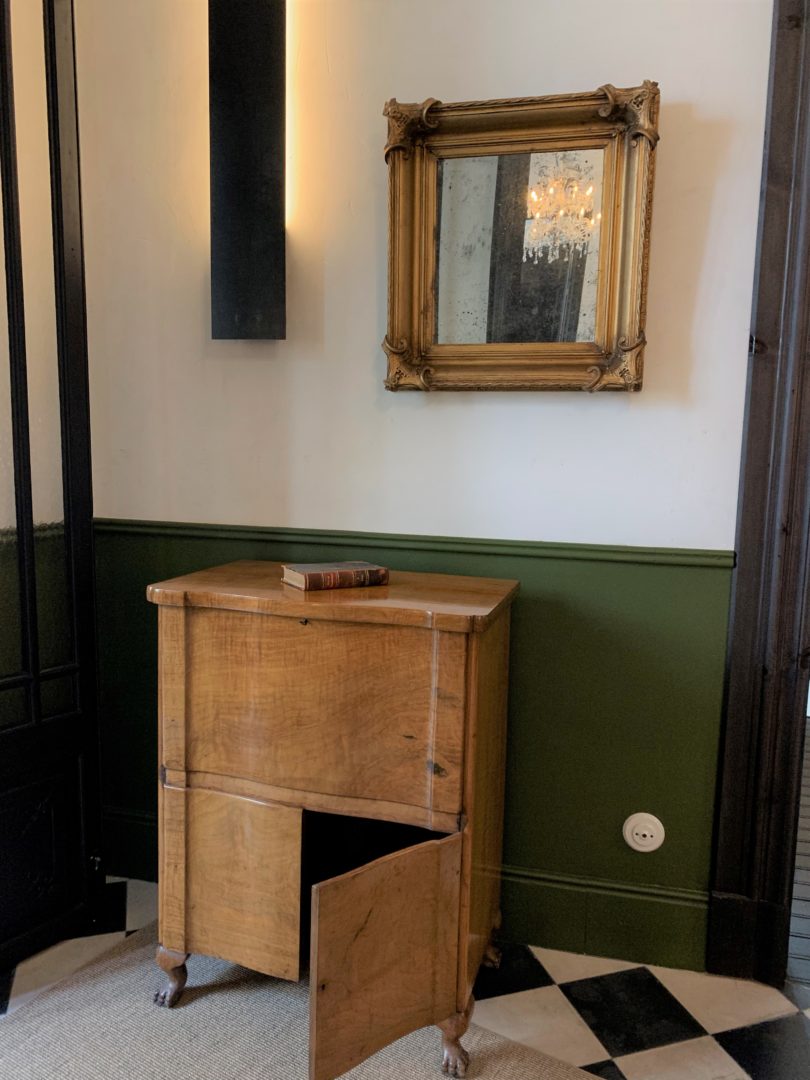 The evening comes to an end, and upon entering Suite number 18, the guests of this iconic establishment get the final piece of evidence that confirms what they have been sensing since they arrived, and throughout the night. The piece of furniture that serves as a closet in the bedroom is, in fact, another collector’s item: a precious Chinese cabinet, like the one used by the great travelers of the 19th century when they traveled on their long journeys.

Then, they look at each other and laugh. They have chosen Can Bordoy Grand House & Garden for its privileged location in the historic center of Palma de Mallorca, where the best art galleries and museums of the city are located, which they want to visit, and, in the end, they have found the best art inside this great house. If you are looking for a hotel with a lot of art, do not hesitate, we are waiting for you!


Print Email
We use cookies to deliver you the best experience. By browsing our website you agree to our use of cookies. Learn More
Got it