The art of embellising the passage of time 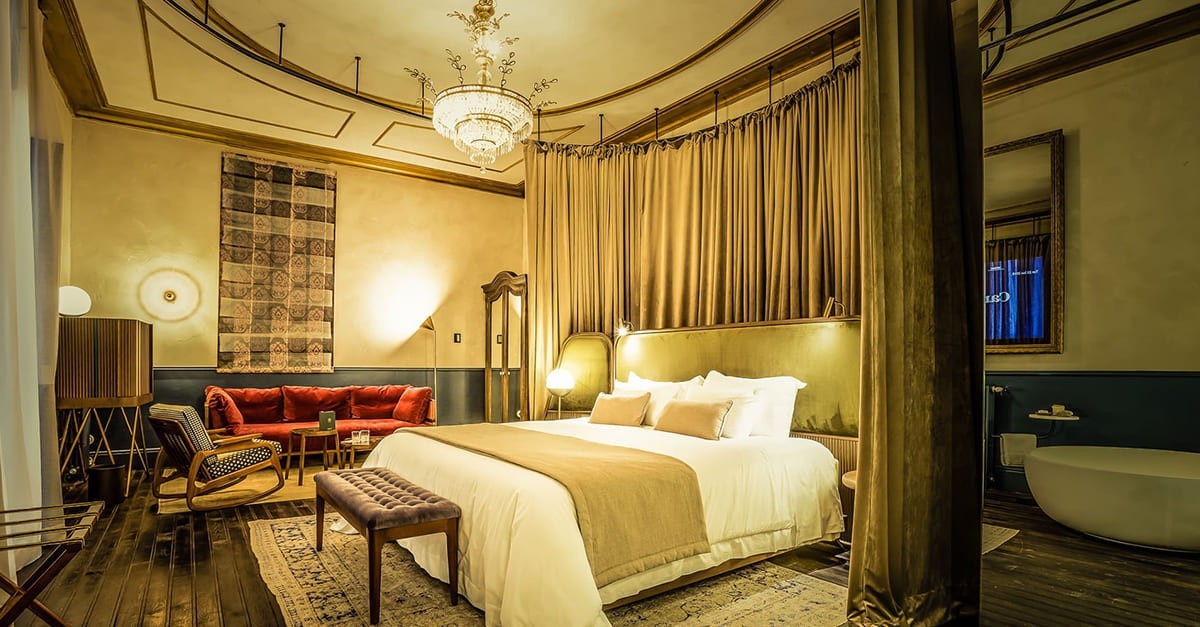 Ohlab, or when cracks turn into a beauty icon.

Some passersby, when crossing the courtyard that serves as the entrance to the house, are amazed to recognise the same staircase that in its day led them to their classrooms, when it was a school of the elite religious order “The Sacred Heart of Jesus”. These classrooms have now become luxury suites, with the restoration maintaining the building’s original design elements such as two-tone floor tiles that decorate corridors, blown glass windows, wooden doors and parquet. In some cases, these have been reused and in others they have been replicated with the intention preserving a large part of the elements that have marked and endowed the house with personality. These restoration details have even affected apparently discreet aspects such as the screws used in windows and doors to emulate those used in previous eras.

One of the secrets of the rehabilitation of Can Bordoy Grand House &amp; Garden is that it has been inspired by the Kintsugi principles, a thousand-year old Japanese technique for repairing porcelain, which acclaims cracks rather than hiding them, thus celebrating different layers of history, as well as clearly and honestly highlighting the new interventions that were necessary to bring the house back to life. Thus, the different rooms of the house demonstrate their wrinkles and scars, proudly on show after the passage of time. Meanwhile, new elements have been incorporated such as the bathroom fixtures (which did not exist previous eras), placed in places where their presence denotes contemporaneity, along with other touches such as a television hidden behind the period mirrors that once decorated the rooms.

The building has attracted both guests and neighbourhood residents who discover, with pride, how the restoration of this 16 th century stately home, by prestigious international architecture and interior design studio OHLAB (led by Paloma Hernaiz and Jaime Oliver), has embellished the passage of time.